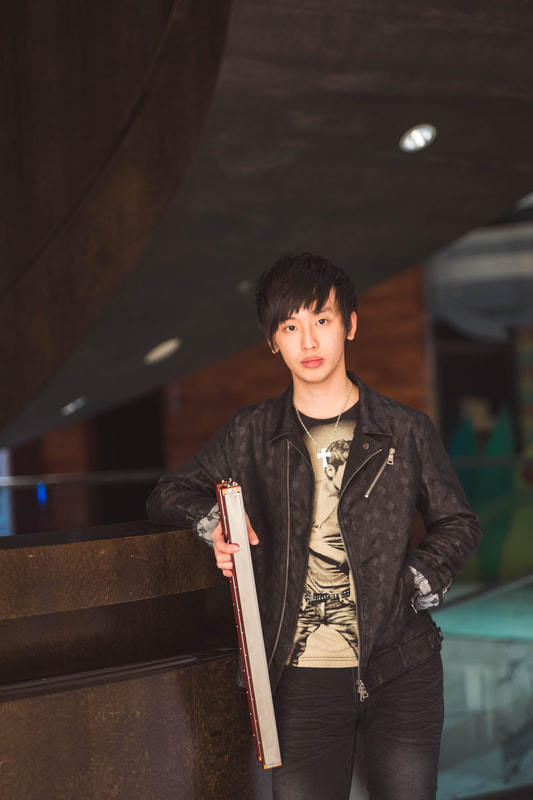 Ramiel Leung is currently a sound reinforcement engineer, indie music producer, and harmonica teacher based in Hong Kong. He graduated with a BSc Music Multimedia and Electronics degree in the University of Leeds, and finished Master degree in Music Production at University of York, focusing on electronic music production, recording and post-production.
Taught by the Hong Kong harmonica virtuoso Mr. Lee Sheung Ching at the age of seven, he won his first award in the World’s Harmonica Festival (WHF) at Trossingen, Germany, in 2005. Shortly after in 2006, he got his first champion title at the 6th Asia Pacific Harmonica Festival (APHF) Junior Harmonica Solo Category. He has also acquired 2nd runner up on the 2017 WHF Test Piece Solo Category, with CY Leo’s Ideology as part of the repertoire set.
Harmonica has played an important role throughout his music career. Aiming to improve the quality of harmonica as a classical music instrument, his Master’s thesis, investigates the possibilities to eliminate unwanted noises generated throughout harmonica playing due to the physiological and mechanical limitations of both the human body and harmonica itself. Currently, with the goal of improving the far-field transmittance and tone quality, he is investigating the sound characteristics of harmonicas with different materials and physical structure.
Aside from competitions and technical studies, Ramiel was invited to perform in various occasions, for instance, participated in the multimedia music theater show directed by Dr. Mui Kwong-Chiu as one of the main performers, and as a guest performer in the rock band Phase II during his study in York, incorporating harmonica with rock and pop music.