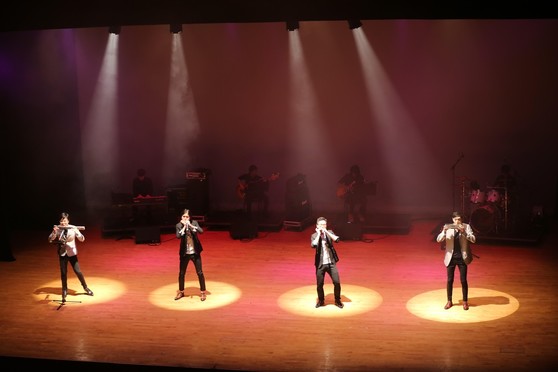 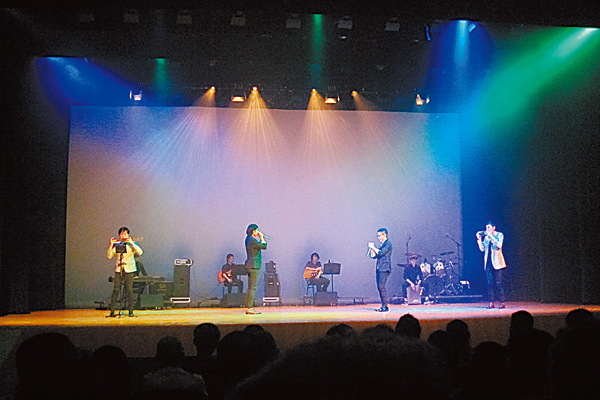 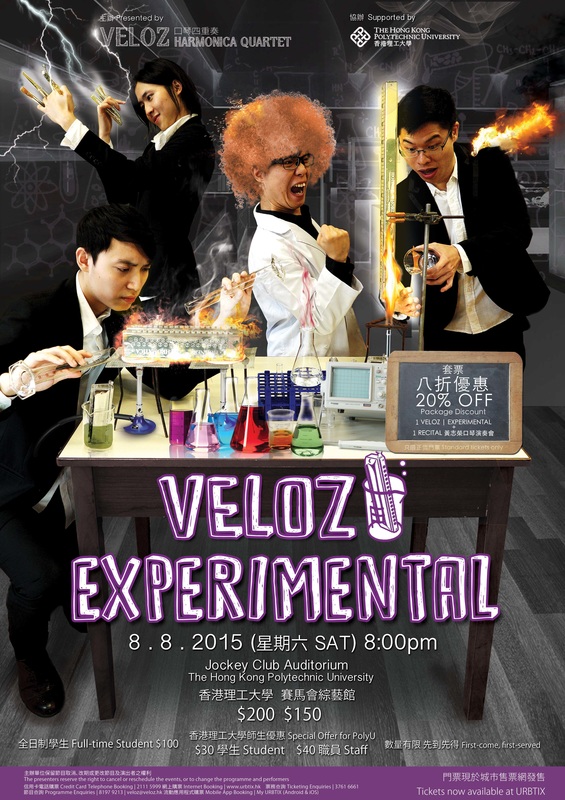 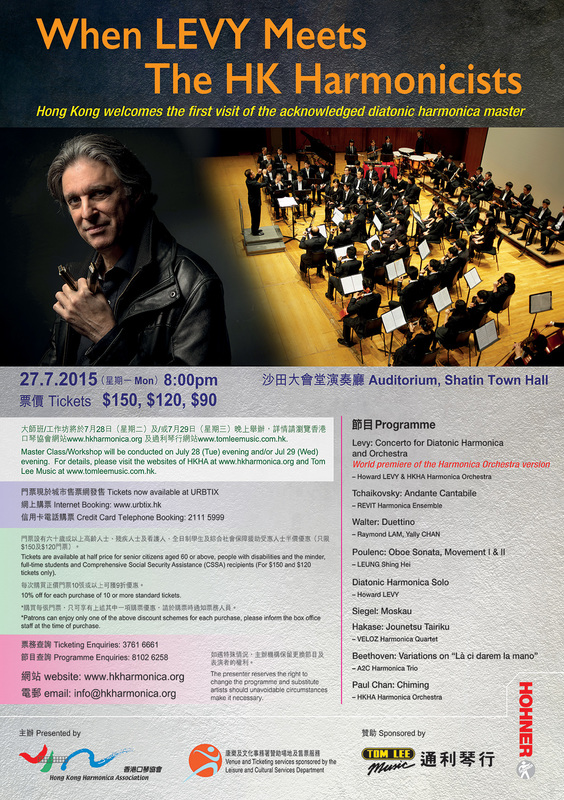 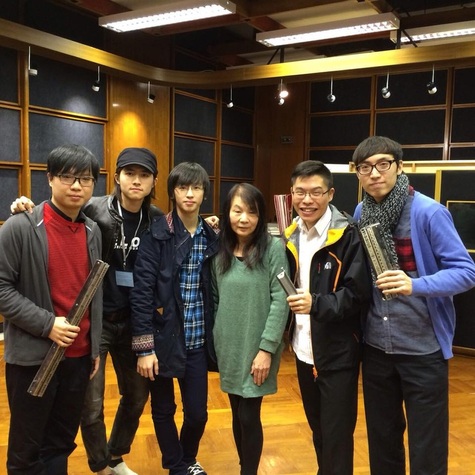 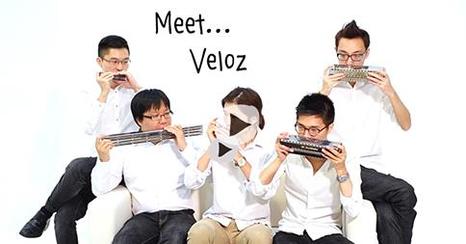 18 August 2014
Veloz performed in Youth Square for the Opening Ceremony of  “Laughter Amidst Waves of the Oceans. A Tribute to James Wong 10th Anniversary” Exhibition! 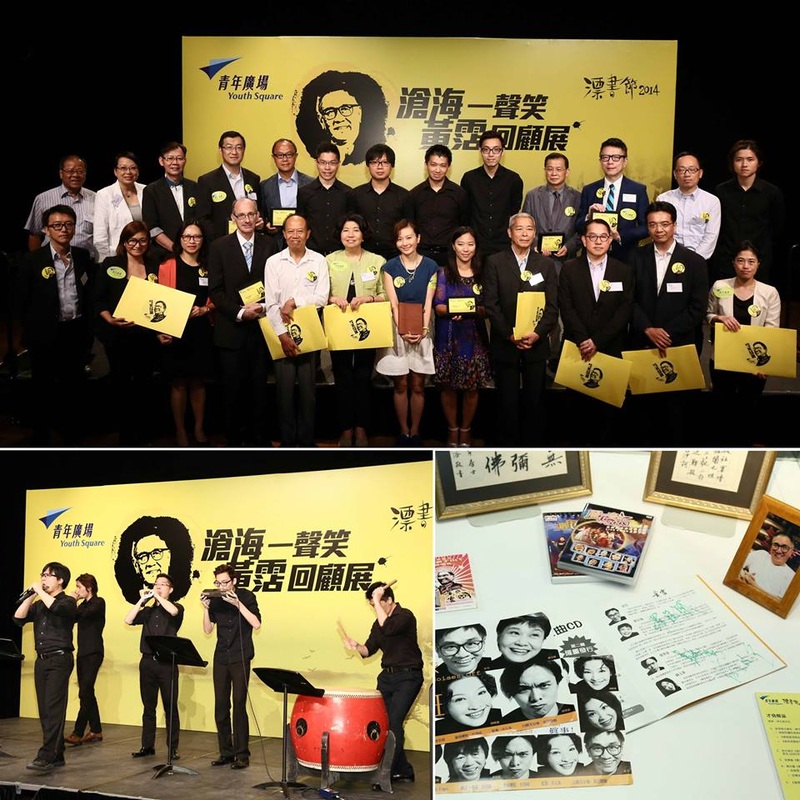 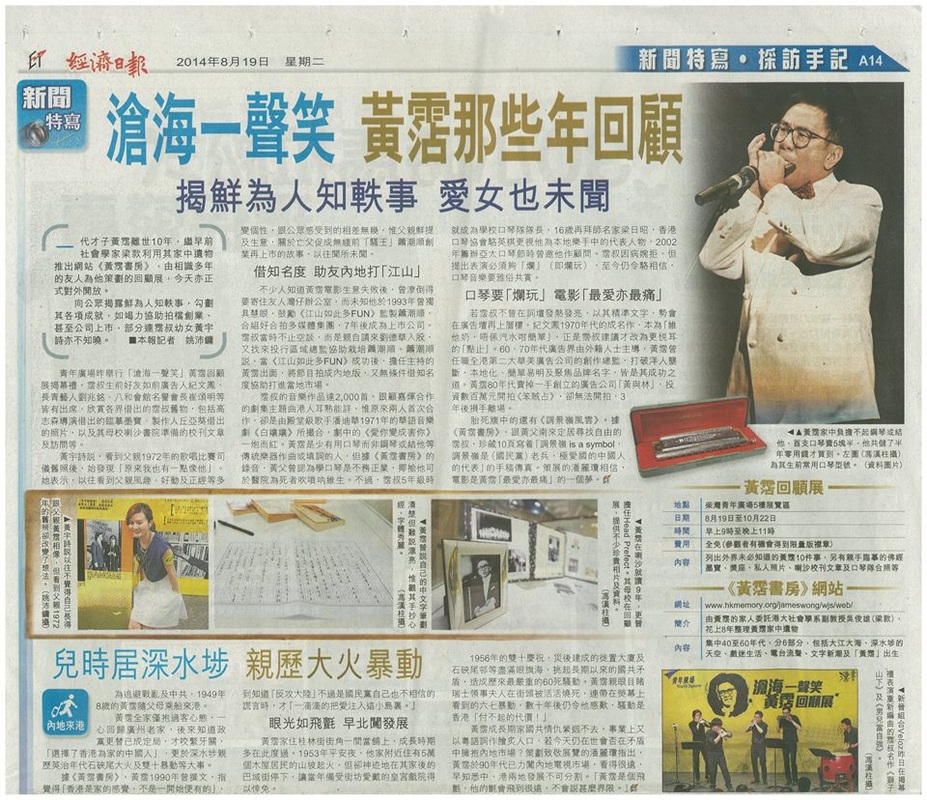 14 May 2014
Veloz appeared on the Commercial Radio Hong Kong, what a great experience to perform live on air!

3 May 2014
Veloz interviewed by the Apple Daily. Enjoy the video! 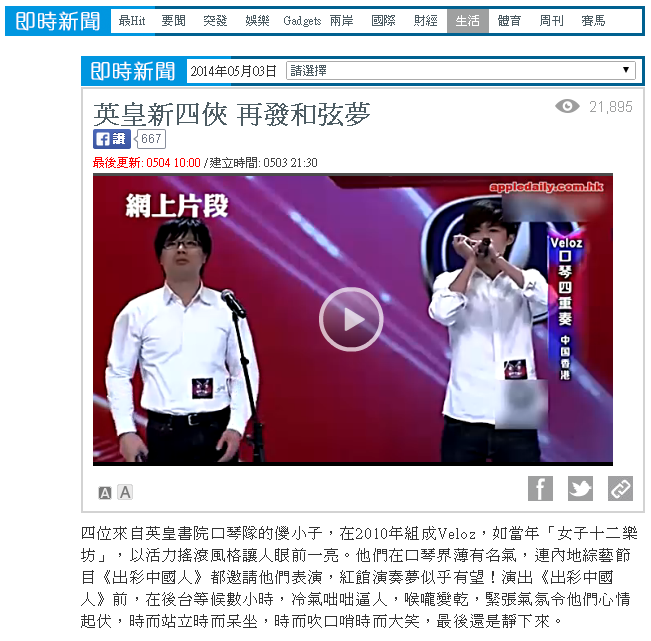